The Society for Social Studies of Science annually awards its Bernal Prize to an individual judged to have made a distinguished contribution to the field of STS. Past winners have included founders of the field, along with prominent scholars who have devoted their careers to articulating the social dimensions of science and technology. The 2018 Prize goes to Trevor Pinch, Goldwin Smith Professor of Science & Technology Studies and Professor of Sociology at Cornell University.

Trevor Pinch has been a defining figure in the emergence and maturation of STS for more than three decades. He cut his teeth in the early sociology of scientific knowledge in the UK at Bath University as co-author (with Harry Collins) of Frames of Meaning: The Social Construction of Extraordinary Science (1982, Routledge) and author of Confronting Nature: The Sociology of Solar Neutrino Detection (Reidel: 1986). He was co-editor (with Wiebe Bijker and Thomas Hughes) of The Social Construction of Technological Systems: new directions in the sociology and history of technology, a founding text in the field (1987, MIT Press). His subsequent co-authored books include Health and Efficiency: a sociology of health economics (with Michael Mulkay and Malcom Ashmore, 1989, Open University Press), The Uses of Experiment: studies in the natural sciences (co-edited with David Gooding and Simon Schaffer, 1989, Cambridge University Press), and with Harry Collins The Golem: what you should know about science (1993/1998, Cambridge University Press, Canto Classics (2012), translated into 11 languages and now in its 6th edition), The Golem at Large: what you should know about technology (Cambridge University Press Canto1998/2014); and Dr. Golem: how to think about medicine (2005, Chicago University Press ). Other books include Analog Days: the invention and impact of the Moog synthesizer (with Frank Trocco, 2002, Harvard University Press), How Users Matter: the co-construction of users and technology (co-edited with Nelly Oudshoorn, 2005, MIT Press), The Oxford Handbook of Sound Studies (co-edited with Karin Bijsterveld, 2012 Oxford University Press), and most recently a book of interviews on the foundations of the STS field and Sound Studies Entanglements: Conversations on the Human Traces of Science, Technology and Sound (with Simone Tosini, 2017, MIT Press). 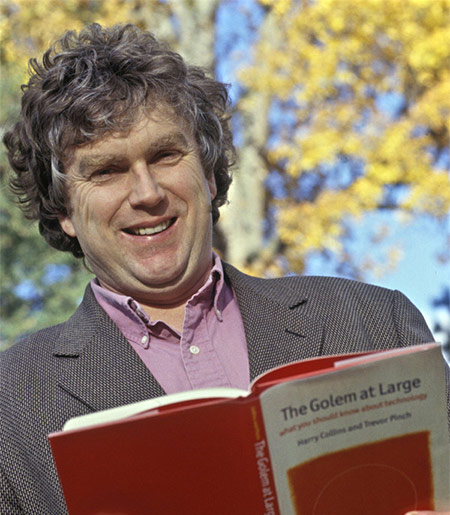